Draft beer systems are essential in many bars and restaurants. They keep beer ice cold, perfectly fizzy, and ready to serve at a moment's notice. Installing one of these systems in your restaurant won't be difficult with a little bit of professional help, but before you start, you should know what you will be installing. This article covers the four major components of any draft beer system.

Most people agree that the best beer is chilled to perfection, so most restaurant and bar owners keep their draft beer cold at all times by storing it in kegerators. These machines work like refrigerators, but unlike refrigerators that have multiple shelves and bins for storage, the entire interior of a kegerator is often devoted to storing a single beer keg. Kegerators come in a variety of sizes, but their sizes correspond to standard keg sizes, so all you have to do to stock one is to add an appropriately sized keg of beer and hook it into the rest of the draft beer system.

One of the hallmarks of a good beer is a refreshing fizz. This fizz comes naturally from carbon dioxide that is created during the fermentation process. But just as a small amount of soda being stored in a large container goes flat over time, beer that is kept in a mostly empty keg goes flat, too. To prevent this, draft beer systems use carbon dioxide canisters to keep each keg pressurized. As a bartender dispenses a glass of beer, beer is pulled out of the keg and carbon dioxide is pushed into it simultaneously. Sometimes, gas cylinders are integrated into kegerators for convenience.

The most iconic part of a draft beer system is the visible part: the dispenser. Dispensers can have one or multiple taps, each of which can be connected to a separate kegerator. With multiple taps and kegerators, bars and restaurants can serve multiple kinds of beer from the same dispenser. When choosing a dispenser, look for stainless steel models with removable drip trays for easy cleaning and sanitation.

The various components of each draft beer system have to be connected to function properly. Between the kegerator and dispenser, beer typically flows through polyethylene or vinyl tubing. These materials are used because they are flexible, non-reactive, and suitable for cool liquids. As long as you ensure the beer lines are free of kinks, they can be looped or bent as needed. Gas lines move carbon dioxide between the gas tank and the keg. These lines may be made from plastic or metal; they just need to be rated for high-pressure applications. 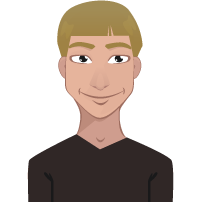 Nothing is worse than going through all of the trouble to start up a restaurant, and then having the place fall flat on its face because the food is terrible. Unfortunately, after you redesign interiors and worry about hiring a staff, it can be easy to forget about working with your head chef to improve your food quality. However, if you know what to look for and what to ask, creating an incredible menu might be a little simpler. I want to walk you through making your restaurant incredible, which is why I created this blog. By reading more about restaurants, you can make your own a little more profitable.

When you have a special occasion, such as an anniv …

If you intend on hosting a private party soon, and …

Meal delivery services have become quite popular i …

Ice is one of those things that most people automa …

A pretty important service your restaurant can off …